As the air around the Finger Lakes turns crisp and clear, there is a spirit of holiday cheer as people get busy with 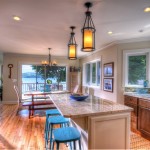 shopping and prepare to celebrate with family and friends. Visitors to the region notice how picture postcard perfect the scenery looks. There may be a sprinkling of fresh snow on the ground and in the trees. Homes and towns are filled with bright lights and seasonal decorations. If you are lucky enough to be staying in one of our Finger Lakes vacation rentals near the lake, you’ll get to see the crystal shimmering expanse of water that has turned to ice.

If you know someone with Alzheimer’s disease, come out and enjoy a delightful gala and fundraiser for this cause. This annual event takes place in the Grand Ballroom of the Trip Hotel. Guests are treated to fabulous food and wine from area restaurants and wineries. Beer lovers can stroll through the beer garden featuring specially brewed craft beer.

Live local musicians will provide the evening’s entertainment. A live auction is also part of the festivities. The event begins at 6pm. All proceeds go to the Alzheimer’s Association of Central New York.

Have a great time sampling local wines and food while enjoying your journey along this popular wine trail. Wineries are all decked out with holiday decorations. Receive goodies and collect ornaments along the way. Participants get a free recipe book and handmade wreath. Tickets are selling out fast. If you want to go, grab yours quickly.

Tis the season to taste exquisite wines while shopping during this gorgeous wine trail holiday shopping spree. Have a blast while enjoying your complimentary Shopper’s Card, handmade wreath and cookie cutter ornaments. The discount card is good at all wineries along the trail during this weekend. A total of 16 wineries are participating. Along the way indulge in scrumptious holiday themed wine and food pairings.

Have lots of fun in a picturesque setting at this winter festival. See local artists and entertainers perform while you enjoy food and music. Stroll through the stalls and check out vendors offering handmade crafts. These make wonderful gifts. The festival concludes with an amazing display of fireworks at the Trumansburg Fair Grounds.

It seems hard to imagine there was a time when alcohol was banned in the U.S. Those were years when people went to a speakeasy to share a drink with friends. Fortunately, the ban was lifted and everyone could once again drink legally. Come out and enjoy a swinging good time at this party that celebrates the 80th year of the end of Prohibition.

There will be classic cocktails, crafted liquors, hors d’oeuvres and live music. The reception begins at 7pm.

For fans of hot, creamy chowder and hearty stews it doesn’t get any better than this. Cooks from all over descend on downtown Ithaca to face off for the title of Chowder Cup Master. From 10am to 5pm you can sample delicious chowders that include meat, seafood and vegetarian versions. Cast your vote for the best chowder.

While there check out the fantastic ice sculptures created by local artists.

Fingerlakes Luxury Rentals has luxury rentals close to many of the events around the Finger Lakes. Call one of our customer service associates who can help plan your stay in our beautiful region.

If Skaneateles Lake could talk, it would have a lot to say about the things it has seen during the past two hundred years. At 16 miles it sure is pretty long. In fact, Native Americans called the lake Skaneateles or long lake. In more recent times the lake was given the nickname “The Roof Garden of Lakes” due to its 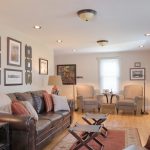 altitude being higher than any of the other Finger Lakes. Three counties enjoy the pristine beauty of this lake: Cayuga, Cortland and Onondaga. The lake’s namesake village, Skaneateles, is located on the northern portion. This is where most people come to enjoy boating, swimming and walking along its shores. Fingerlakes Luxury Rentals has several Skaneateles luxury vacation rentals that will allow you to take advantage of everything the lake has to offer.

The Iroquois tribes were the first to inhabit the area. To them Skaneateles Lake was a source of food, transportation and recreation. When settlers began populating the surrounding area and building towns, they adapted the Indian name and quickly found ways to incorporate the lake into their everyday lives. The town and village of Skaneateles were officially created in 1830.

As more people settled into the area, there was increased activity on the lake with canoes and boats carrying people and supplies across the waters. Having a lake next to a town was great for attracting business and people looking for an attractive place to live. The Hamilton and Seneca turnpikes made the town more accessible. A stagecoach line opened to ferry people back and forth by land.

Wealthier residents built exquisite homes on the lakefront. Roosevelt Hall is a magnificent Greek inspired mansion. Built in 1839, the home’s white pillars continue gleaming in the sunlight today. The Reuel E. Smith House, built in 1852, is another fine example of period architecture.

While the stagecoach handled land travel, a steamboat called the Independent ferried passengers up and down the long lake. Also during this era, tourists began coming to enjoy relaxation and recreational activities in and around the lake. The Indian Queen hotel sprang up to accommodate visitors. Later visitors stayed at the Lake House, which for a time was a happening spot before it burned down.

Several factories and mills have existed in the vicinity of the lake. There were paper mills, factories that processed wool, breweries and distilleries, foundries and machine shops. Milling in Skaneateles pretty much ended after one too many destructive fires. Apparently, waterpower was good for running mills, but there wasn’t any way to douse flames during emergencies.

During the era of slavery, several local residents opened their hearts and homes to escaped slaves traveling on the Underground Railroad.

Faster, smaller boats for getting around the lake replaced large steamboats. Boats delivered early mail in the town because many roads were not passable. Tourists can still witness this old-fashioned mail delivery by hopping a U.S. Mail boat Cruise. During the 3-hour journey the boat travels the entire length of Skaneateles Lake. Mail is delivered during many stops.

These days the lake is mainly used for recreation. Boating and fishing are popular outdoor activities you’ll see people enjoying. Many fish such as bass and trout swim in these waters. Skaneateles Lake also provides drinking water to thousands of people living in Syracuse. It has the proud distinction of being one of six sources of drinkable unfiltered water in the whole country.

So for your next vacation or just a quick weekend away, consider a trip to Skaneateles lake and a luxury stay at one of our Skaneateles luxury rentals.

To Make A Reservation